What is the History of the Irish Grandfather Shirt? 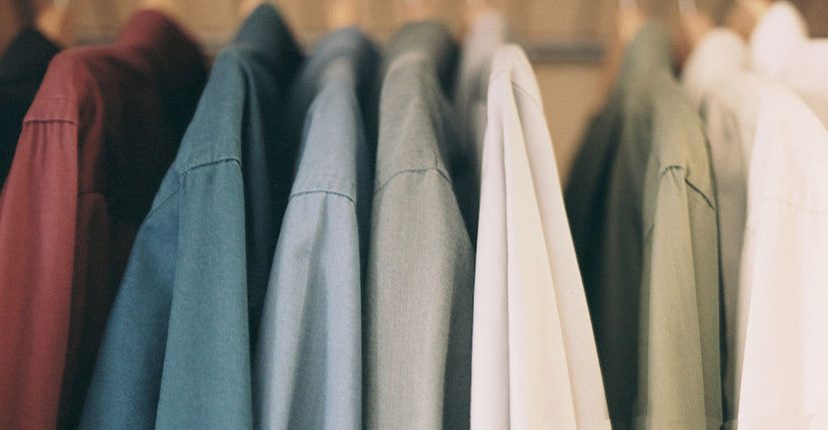 The Grandfather Shirt is one of the first images that people think of when considering traditional Irish clothing from history.

It is a long or short-sleeved flannel or brushed cotton band collared shirt worn throughout Ireland.

So, what is the history behind the Irish Grandfather shirt, and why is it still popular today?

The shirt of the working man – collar-less!

There’s no mistaking a grandfather shirt for anything else. In fact, even those who don’t know the name have almost certainly seen them.

One of the first things you’ll notice about an Irish grandfather shirt is that it does not have a collar.

As you might guess, this was not the type of shirt worn by bankers or executives living in cities.

Rather, it was worn by laborers and tenant farmers working the land in rural Ireland.

And many of these had little use for wearing of neckties as ties posed the risk of getting caught in machinery and putting the wearer at risk of injury or death.

The name ‘Grandfather shirt’ is said to come from the fact that it was typically the eldest breadwinner of the family would wear them.

Often, these men had children early in life and were still working by the time their grandchildren arrived.

Ireland being small and close knit, families stayed together so grandparents were common members of the family.

A shirt with many buttons – count them!

Another noticeable feature of grandfather shirt are the buttons. Like most, they tend to have a row of buttons in the front.

Unlike most, you’ll notice that grandads can have up to 15 buttons.

To the bottom they’re evenly spaced – maybe 4 or 5 regular sized ones. As you move up the chest the buttons get smaller as does the spacing between the.

You could have 11 or so buttons like this right up to the neck.

You have Successfully Subscribed!

What are GrandFather shirts made from?

The original GrandFather shirts would have been made from materials that could sourced from the land around the people.

Since Ireland is not known for it’s topical climate, this pretty much left a choice of wool, cotton or linen.

Cotton and wool were particularly good as they were durable in the Irish climate.

The shirts were often white or cream with white vertical stripes but recent years has seen a wide range of solid colors available. As well as an expanded range of stripes shirts to choose from.

There is often a front pocket on them as well, giving the garments a casual yet and practical wear.

How these shirts gained widespread popularity?

Over the centuries there has been huge numbers of Irish forced to emigrate in search of work and a better life.

Two of the most common destinations were United States and the United Kingdom.

During one of these phases of emigration, the U.K. was experiencing an industrial revolution where workers were needed en masse to man the factories.

The Irish fulfilled this role in huge numbers, and with them arrived the grandfather shirt in the U.K.

Over time, they became a common sight in many countries across the world. A symbol of hard working laborers.

The Irish Grandfather shirt then and now

In recent years, grandfather shirts have seen a significant revival in their popularity.

They tend to come in cotton or linen or a blend of both and still keep a high quality and long life span.

We also host an amazing range of traditional Irish clothing and flat caps which you can learn more about here.

Interested in checking out our range of Irish Grandfather Shirts? Visit our store.

Get 10% Off Your First Purchase!

Enter your email address to receive a coupon worth 10% off your first purchase.

Thanks! Check your email to get your coupon.